Today is “Face Your Fears Day.” Many things I have overcome, attacking at full force, initially have little to do with choice. Like Rafiki in the Lion King said, “You can either run from it or learn from it.” I suppose a third choice is standing still, letting life happen to you without really experiencing anything one way or the other.

At the root of most fears and anxiety is the looming “what if” of the unknown. Sometimes what we face in and of itself is not scary, worthy of dread, unwelcome, or dangerous, but instead it is filled with uncertainty. Uncharted territory with lack of experience, walking in blindly, and facing whatever may come has been more about stubborn tenacity than courage for me. Taking a risk, placing your heart on the line, standing up for what you believe, triumphing over adversity, or simply getting through a really difficult time can be ways of facing your fears. By this definition, welcome to my Tuesday Ten!

This post does not include the many adventures we had while living in Europe. Some exploring I did on my own with the children. Some exploring Peter and I were able to do, just the two of us. I walked the harrowing, hallowed ground of a concentration camp with a friend. Some adventures were a special treat for the whole family. 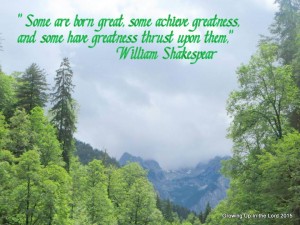 Post may contain affiliate links. All photos belong to the author and may not be re-used without permission.

My Haven of (earthly) Rest