We packed so much fun into the month of July. The sun came out and we enjoyed some park dates with friends (Dietrich has friends of all ages, this particular friend is a teenage boy). Madilynn discovered park swings are fun. 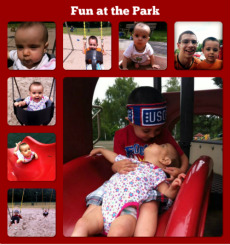 For the Fourth of July four-day weekend, we took our first trip to Cologne. We drove and both kids did really well. Dietrich spent a lot of time wanting to be somewhere else during the different sights (at the Cathedral, he wanted to be at the zoo. At the zoo, he wanted to be at the chocolate factory. At the chocolate factory, he wanted to be home – until he saw the machines making the chocolate). Near the zoo, we took the Rheinseilbahn (Cable car) that goes over the Rhine. To get to the zoo and the chocolate museum we took the Bimmelbahn, which Dietrich loved! We enjoyed the trip, but will probably go by train and without the kids the next time, so we can see more of the historical sights and go to the top of the Cathedral. Cologne is an amazing city, with many Roman ruins. We enjoyed taking the Hop On/Hop Off bus to tour the city and see these sights. 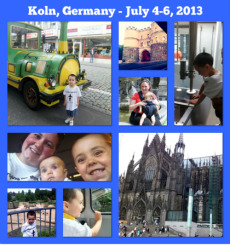 Peter had his remaining wisdom teeth removed, then spent the next week in the hospital with a post-op infection. The doctor ended up having to lance his neck to create a drain. Peter is on the mend now with a no shaving profile for the incision site. It sort of looks like a misplaced soul patch. While I was “sponsoring” Peter at the hospital for the teeth removal, Dietrich went to Heidelberg with some friends from church, his second trip. He did much more on this trip than he did on the first one and he’s already wanting to go back to ride the boat again. He was so tired when he came home, he walked right into a wall, getting one of the biggest goose eggs he’s had in a while. Madilynn grew so much during July. She’s really starting to explore the world around her. She tries to play with her big brother (who is learning about which toys are safe to share and which ones to play with while in his room if he doesn’t want her to get them). She makes baby babbles and loves trying new “big people food” at any opportunity. She’s also quite a gymnast/contortionist/acrobat. 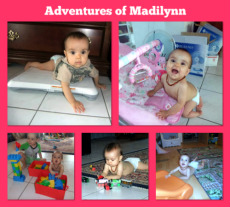 Sesame Street Live teamed up with the USO and we were able to go. Dietrich loved seeing the characters in person. They perform special shows for military kids that focus on things relevant to military families. This show was about Katie, who was sad because her family had to move again. She learned from her friends that they could keep in touch and she would make new friends at the new place. See us here, pretty much in the center of the photo (toward the right side of the group). 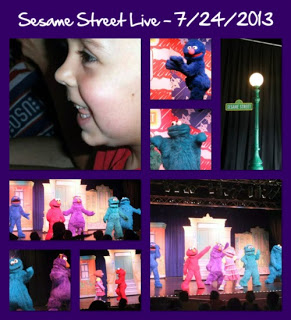 Dietrich really enjoys riding his bike, the big present he received for his fifth birthday. I discovered he can ride his bike while I walk on the PT track on post and we both benefit. He is so fast though! 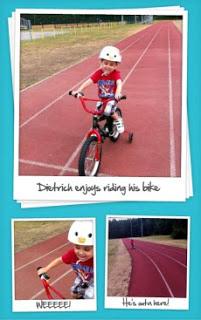 We ended the month going to Barefoot Park with several of our church friends. Dietrich did nothing barefoot. I walked through the cold river, which really HURT my feet. I felt terrified most of the time but pushed through (somewhat literally, the current was SO strong), and then I felt really proud of myself for trying something new. 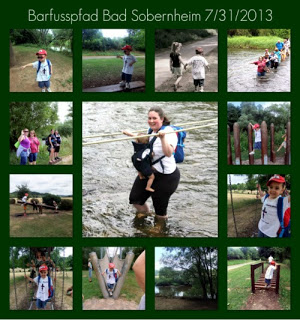