The book of Ezra opens with Cyrus releasing a portion of the remnant to return to Jerusalem to rebuild the Temple of God. He returns the items taken by King Nebuchadnezzar and offers the Israelites everything needed for the task. Soon, his edict is forgotten.

Lesson 1: People forget and recorded information gets misplaced. Listen to instructions, make your own copies for your personal files. This is good advice whether you are a student, a parent, or a business person.

When the first exiles returned to Jerusalem, they rebuilt the altar to the LORD. “Despite their fear” they continuously offered sacrifices in accordance with the Law of Moses. Though the temple foundation lay in ruins, the people began steadfastly worshiping God (Ezra 3). They face opposition. They deal with false offers of assistance.

Lesson 2: Follow God’s commands, no matter what you feel or what others say about you.

The book of Ezra contains several letters of correspondence between the kings, officers in the Trans-Euphrates area, and the Jewish leaders concerning the rebuilding of the Temple and the wall of Jerusalem. The officers of the Trans-Euphrates area wanted the Jews to cease their work. For a time, their efforts succeeded. Then King Darius comes to power (Remember he is the king that throws Daniel in the Lion’s Den, then realizes Yahweh is indeed the True God). The prophets worked alongside the people. God allowed the work to continue while King Darius investigated the report that Cyrus ordered the Jews to rebuild the temple. When the edict of Cyrus was found, Darius upheld it and the temple work was completed.

Lesson 3: Do not believe you are too important to do “manual labor” – even the prophets and priests worked on the construction crew. A leader is willing to work with others to get the job done. My favorite bosses are those that were willing to do the menial tasks alongside employees rather than simply assign duties. 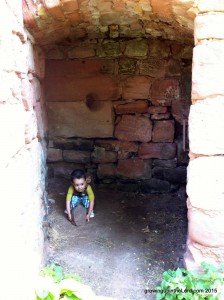 Ezra comes to Jerusalem in chapter seven of the book with his name. Ezra is of the priestly line of Aaron and a student of the Law. He devoted himself to learning and teaching the law of Moses in Israel (7:10). As he prepares to return with the second group of exiles, he refuses protection from the king’s armies declaring, “The gracious hand of our God is on everyone who looks to him, but great anger is against all who forsake him.” The people fasted and prayed for a safe journey and God answered their prayer (8:22-23). They traveled for approximately four months. God protected them “from enemies and bandits along the way” allowing a safe arrival in Jerusalem (8:31-32). For the first time in many years, they offer sacrifices to the LORD.

Lesson 5: God protects His people. Sometimes we don’t have because we don’t ask. Sometimes we are waiting for the wrong answer or can’t see at the moment how He’s working for our good.

Lesson 6: God is always faithful to His promises – even the promise of consequence for sin.

This time of praise and celebration is short-lived, however, when Ezra receives the report that some people have already fallen away by intermarrying with those living in neighboring lands. Israel’s demise began when they accepted the practices of those living around them. Marrying such people would only make the problem worse, just as it caused King Solomon to fall away years before (also leading to the division of the kingdom – 1 Kings 11). Ezra prays for the sins of the people, “Our God has not deserted us… He has shown us kindness… He has granted us new life… He has given us a wall of protection… You have punished us less than our sins deserved and given us a remnant… You are righteous. Here we are before you in our guilt, though because of it not one of us can stand in your presence.” (Excerpts from chapter 9). The people in turn confess their sins. Judges were appointed in each town to decide each case of infidelity (many of the intermarriages involved divorce or polygamy in addition to disobeying God’s command not to intermarry with the people in neighboring lands). In all, 110 men were found guilty of marrying foreign wives. These women and their children were sent away, so as not to endanger the inheritance of the remaining Israelites and once again unite the people to the Lord. 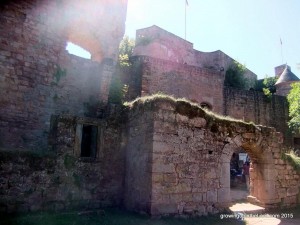 Lesson 7: God’s rules are for our safety, protection, and blessing. Though the turning away of women and children seems harsh to us, the people chose to deliberately disobey God’s command not to intermarry. When God provided the promised land, He gave boundaries – physical land boundaries AND behavior boundaries, making the first contingent upon the second. God upheld His end of the promise, Israel did not.