Sometimes, the “One Word” Challenge fits so serendipitously with my week or thoughts. I will get back to that. Last week, I listened to several books of the Bible on our way across Texas, in efforts to catch up on our Family Daily Bible Reading Calendar. One of the books I read in this manner was Esther. Esther is the only book in the Bible that does not mention God by name, yet his providence is seen throughout these short ten chapters. The book takes place during the time of exile and the reign of Persia.

The book opens with King Xerxes giving a feast. Everyone is in high spirits (this is often the Biblical way of saying drunk) and the King sends word for his queen to come out and show off her beauty. Queen Vashti refused this invitation, causing the king great embarrassment and anger. At the advisement of his nobles, he demoted the queen so other women in the kingdom would not follow the queen’s example of dishonoring their husbands. He began the search for a new, younger, more beautiful wife.

Lesson 1: Modesty may cost you in other areas of your life (Vashti lost her place as queen mother).

In chapter two, we learn that Esther is an orphan, raised by her cousin Mordecai. They were among the captives carried into exile by king Nebuchadnezzar or Babylon. Another king, another type of exile removes Esther from her home (neither Mordecai nor Esther could protest king Xerxes’ edict for all the virgins in the land to try out for the position of queen. Esther found favor with the king’s eunuch Hegai and quickly moved to the best place in the harem after another removal from her home. Esther chose to keep her nationality a secret, eating of the foods provided (in contrast with Daniel and his friends – Daniel 1:5-10) and participating the treatments and activities of the harem. When her turn came to approach the king, he found greater favor with her than any other and made her queen. Shortly after the banquet held in her honor, Mordecai discovered a plot to assassinate the king and warned Esther. She sent word to the king, giving credit to her cousin. After an investigation found the report truthful, the conspirators were caught and hung. The king’s official recorded the events.

She continued to follow Mordecai’s instructions as she had done when he was bringing her up. (2: 20 NIV).

Lesson 2: Honor your upbringing, as long as doing so is in accordance with God’s Word.

Lesson 3: Know when to speak (telling of an assisnation plot) and when to be silent (temporarily hiding her nationality).

Lesson 4: Always give credit where credit is due.

We meet Haman, the king’s vile right-hand man, in chapter three. He hates Mordecai, as the Jew refuses to bow to him or honor him. He learns that Mordecai is a Jew and is no longer content with only seeing Mordecai suffer but desires to wipe out the entire race. He mentions a troublesome people to the king, not mentioning the nationality, and receives approval to carry out his vicious plot of annihilation.

The edict spread throughout the land. Mordecai received word of the proclamation, tore his clothes, and mourned at the city gates, along with many other Jews. Esther sent clothes for him, which he refused. She then sent servants to find out the cause of his distress. She tried to resist his request that she approach the king. However, Mordecai convinced her to plea for the lives of all the exiles with these words:

The fact is, even if you remain silent now, someone else will help and rescue the Jews, but you and your relatives will die. And who knows, you may have gained your royal position for a time like this. (4:14 GOD’S WORD® Translation).

At these words, Esther asked Mordecai to gather all the Jews in Susa and fast for her so that she would find favor with the king and he would hear her request. The Jews, Esther, and her maids all fasted for three days before she approached the king without an invitation. He extended the scepter to her, granting her permission to approach. She asked that he and Haman join her for a banquet later that evening. When they did so, she asked that they return the next night and she would reveal her petition at that time.

Lesson 5: Praying with others is more beneficial than praying alone. Even if the answer is not what we want, we have the encouragement and support of our brothers and sisters in Christ to strengthen us through the tough times.

As Haman proudly boasts about his wealth and good fortune to his wife and friends, he continues to be unhappy due to Mordecai’s refusal to honor him. His wife and friends suggest building a gallows for Mordecai. As he enters the courtyard to ask the king’s permission, the king has been unable to sleep and reviewing the chronicles including the account of Mordecai uncovering the assassination plot against him. He realizes nothing has been done to honor him and asks if anyone is in the courtyard that might advise him on this matter. Haman enters the room believing he is the one most worthy of the king’s honor and says the king should bring a royal robe and horse for the honored one. A nobleman should lead the man through the city declaring, “This is what is done for the man the king delight’s to honor.” Haman is mortified and enraged when the king says, “Go and do this for Mordecai the Jew.” After this procession, his wife and friends change their tune as well, saying that because Mordecai is a Jew, Haman “cannot stand against him” and “will surely come to ruin.” (6:13).

Lesson 6: Pride goes before destruction, a haughty spirit before a fall. (Proverbs 16:18)

At the second banquet, Esther answers the king’s question. Someone is plotting to kill her people. She reasons that if they were only to be enslaved she could keep silent, but to help her people and prevent such annihilation she must speak out. The king is outraged. “Who dares such a thing?” Esther replies, “This vile Haman.” Haman is rightfully terrified and begs for his life, only to be chastised by the king, “Will he even molest the queen while she is with me in the house?” One of the eunuchs tells the king of the gallows Haman had built for Mordecai and the king orders that Haman be hung from it immediately.

Mordecai is given Haman’s position. Esther is given Haman’s estate and she appoints Mordecai overseer. However, the initial edict is still in place and Persian rules written with the king’s seal cannot be undone. Esther asks that her people be allowed to defend themselves and the king grants this request. They continue this defense for a second day, including the hanging of Haman’s sons. On the third day, the Jews celebrated their victory with a feast. This time is still celebrated among Jews today, known as Purim. 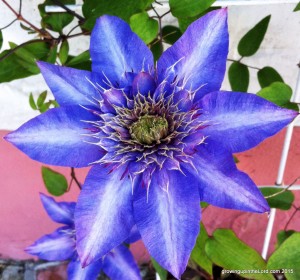 The words in this week’s challenge were SILENT and HELP. Almost immediately, I thought of Esther 4:14 though it took some searching to find a translation with those exact words. The story of Esther shows how God works in all circumstances. The Jews were in exile. Many who remained faithful during this time did not know if they would ever return to Jerusalem. They only knew their temple lie in ruins because of the sins of their people. We often limit God in what and where, when, and how He can and will accomplish His Will. Perhaps the remnant in Susa felt that way when the edict spread throughout the land. “God surely cannot hear our prayers in this place. His temple is rubble and the holy place is far from here.” Maybe they thought God completely forgot His promise to David or Abraham. Maybe they even wondered if the destruction of the remnant was truly deserved. In spite of these fears, Mordecai spoke and convinced Esther to do the same. Their acts of bravery delivered the Jewish people.

How often are we silent when we could help? Perhaps you are in a certain situation for such a time is this.

I often connect with other amazing bloggers around the internet.