Skip to content
In middle school, a friend gave me a decorative banner with the quote, “Some people come into our lives and quickly go. Others stay a while leaving footprints on our hearts and we are never the same,” by Flavia Weedn. This sentiment stuck with me through many moves as I made new friends and lost touch with old ones. I have reconnected with some long lost friends many years later through social media. A friendship at 30+ and largely spent online is vastly different than carefree childhood days spent pretending and dreaming of being grown up with children of our own. Seeing that dream realized, either in person or through social media is a true blessing.

After spending a year or two as a military wife, I realized that friendships can form only for a season and rely only on the present. Knowing a person’s backstory or goals for the future is not essential in supporting each other through a deployment. Friendships begin the exact moment you meet. Sometimes, deeper relationships develop from these survival seasons, learning each other’s history and hopes along the way. Deep, long-term friendships form from the initial bond of sharing the military life. Other times, the season passes as each moves on to the next duty station. 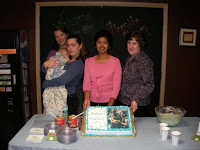 Some friendships are mutually beneficial, each person providing support to the other. Other friendships seem more one-sided. At any point, this balance may shift, due to life’s ever changing circumstances. These shifts became even more noticeable when I became a wife and mother. My first child’s birth occurred during mid-tour leave of a 15-month deployment. About a year after my husband’s return, my son and I were on our own again, this time for 12 months. Through those times, I relied on my family relationships, but they lived in another state. I began to form different types of friendships than at other times in my life. Making friends comes easily for me, being that I am naturally extroverted. Asking for help, on the other hand, does not. I am independent and strong willed. I will try to do something to the point of exhaustion and frustration before giving up and asking for help. However, during times of deployment, I made friends that did not simply ask what they could do but told me what they would do. They kept their word and eased the burden of being single-while-married, a new mom, and far away from family. Balancing these friendships with motherhood never presented difficulty. These friends walked with us through the trenches. Sometimes, we have the honor of doing the same for them. 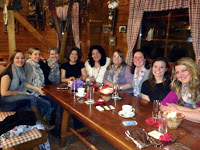 Fast forward about a year and a half, we moved across the ocean. I learned in a much bigger way to make friends quickly. Not long after we arrived in Germany, my husband deployed again and again I was pregnant. Our daughter was also born over leave, which the unit graciously allowed my husband to take. Sometimes I needed people to help me. I had a great MOPs group and church family. Other times, I provided for others through these wonderful groups.

Because of the time difference, my morning was in the middle of the night for my stateside friends. When one dear friend suffered insomnia, I had the joy of chatting with them. As she faced the crises of divorce and her mother’s death, almost at the same time, I was there for her. When she despairingly asked, “What do I do now?” I said without much thought or plan, “Come see me in Germany.” Over the next several months, her joy and hope returned as she looked forward to her trip. She and I (and the kids) traipsed about Europe while my husband worked on an assignment in Israel. While I helped her in many ways, her time with me was invaluable. We each received renewal during that time. My kids tend to brighten the darkest of days (though they have many infuriating and grouchy moments as well, the good often outweighs the bad). She never looked at my family as a burden, but a blessing to her time of healing. She saw me as a superhero for the many balancing acts I accomplished in a day. I relished and thrived in her praise, not because I don’t receive enough positive affirmation but because she saw me in the real moments of motherhood and loved me in spite of my shortcomings.
Though I like the original quote, perhaps I would amend it. In my life, the following has been truer: Some people come into our lives for a short time. Some leave, never to be heard from again. Others return, forming stronger bonds than before. The very dearest friends stick by you through everything, in all seasons, sharing the good and the bad. At times, you will be the giver, at times the receiver, but always blessed if you have such a true friend as this.

I know I’m no Super Mom

Lessons from the Book of Ruth